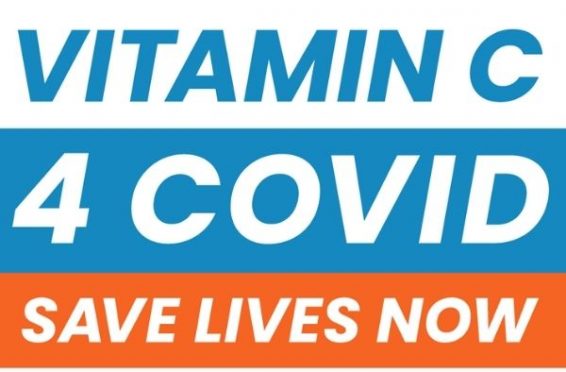 The first randomised placebo-controlled trial of vitamin C on COVID-19 patients on mechanical ventilators in a group of Wuhan hospitals, reports 80 per cent less mortality in the most critically ill who were given vitamin C, compared to placebo.

Zhiyong Peng, who is Professor and Chair of Critical Care Medicine from the Zhongnan Hospital in Wuhan, says “We undertook this study because we had learnt that a high dose of vitamin C was effective against ARDS (acute respiratory distress syndrome) and other types of acute lung injury.

“At the start of the coronavirus pandemic in Wuhan we treated critically ill COVID-19 patients with intravenous vitamin C (12 grams every 12 hours – a total 24 grams per day) versus placebo (sterile water) as part of a pilot-RCT at the Zhongnan Hospital of Wuhan University.

Also, those on the vitamin C treatment had a steady improvement in lung function, and a decrease in inflammation, while lung function got worse in the placebo group.

The irony is that, while they needed 140 patients to make the trial’s effects undisputable, they ran out of patients in Wuhan within three months.

According to Peng “Unfortunately, our trial is underpowered because we ran out of critical COVID-19 patients. In fact, we have had none since May.”

How come Wuhan, with a population slightly smaller than London, has virtually no critical COVID cases?

Wuhan did two things from February: a strict lockdown with super-efficient track and trace; and widespread distribution of vitamin C, which was given to all hospital patients, often intravenously in the Intensive Care Units, and also to hospital workers.

According to Professor Peng the government’s decision to distribute 50 tons – that’s 50 million 1 gram doses of vitamin C – probably made the difference.

Head of research at the Chelsea & Westminster Foundation, Dr Marcela Vizcaychipi, says: “The results of this pilot trial are very compelling. We have started testing vitamin C levels in some of our patients using a urine dipstick and many are deficient. We are now giving 3 to 6 grams to these deficient patients because this seems to be the amount needed to correct this deficiency.” The Chelsea & Westminster ICU reported the lowest mortality in the first wave.

Dr Vizcaychipi points out that vitamin C is one part of essential treatment. “Vitamin C is an antioxidant which, in combination with anticoagulants and early clinical management, contribute to better outcomes.”

Atul Banerjee, a 51 year-old asthmatic, is a case in point. He developed COVID in October 2020 and, after two weeks of infection, he could hardly breathe and was admitted into the West Middlesex Hospital. His oxygenation index, which should be at 100%, and certainly above 95%, had dropped below 92% and his temperature was soaring. He could barely breathe.

Upon admission Mr Banerjee was given the steroid dexamethasone plus intravenous vitamin C as well as antibiotics and anticoagulants. Two days later he was discharged with his oxygenation above 95%, temperature normal and on the road to recovery.

“There’s no question in my mind that vitamin C helped save my life. I kept taking it, 6 to 8 grams a day, for a couple of weeks afterwards, along with medication, and am now fully recovered.” said Banerjee.

Professor Peng’s study is not the only study to show an important role for vitamin C in fighting viral infections. A review of 100 studies relevant to COVID was presented to both Public Health England and the National Institute for Clinical Excellence at the start of December. Neither have commented.

Lead author of the vitamin C review, nutritionist Patrick Holford says “The evidence for vitamin C, if taken in doses of 6 to 8 grams on the first day of infection, clearly shows that it shortens both duration and severity of colds. In one study half of participants were symptom-free within 24 hours. It is safe, cheap, available and effective. The scientific community know this. We just can’t understand why there is an apparent ‘lockdown’ by Government and health officials, who should be telling us all to take vitamin C when infected. The gates have been on lifted for vitamin D, whereas vitamin C could be the difference between life and death since it takes, on average, two weeks of infection to tip into serious COVID.”

Holford is running a campaign www.vitaminC4covid.com with the support of over 700 doctors, nutritional professionals, health and medical scientists, practitioners and frontline workers, including pharmacology Professor Emeritus David Smith FMedSci from the University of Oxford and Professor Iain Whitaker, the surgical lead for NHS Wales.

According to Professor David Smith “When you consider that the steroid dexamethasone reduced mortality in ventilated patients by 34% but in the Wuhan study, we are seeing a significant 80% reduction in mortality in the most critically ill in hospital after vitamin C, we have to take this seriously. We urgently need a larger trial to see if this finding can be replicated.”

Professor Peng has written to the British Medical Journal to encourage UK health experts to use his protocol and repeat the trial.

Professor of Public Health from the University of Helsinki, Harri Hemila, who has studied the effects of vitamin C on pneumonia, thinks vitamin C should be being used both in the early stages to shorten infection and in hospital. His research shows that ‘three controlled trials found vitamin C prevented pneumonia with less deaths and shorter hospital stay’.

There is good reason to assume a similar beneficial effect in critical cases of COVID-19 infection, which has many similarities to pneumonia. There is also good reason to expect that supplementing 6 to 8 grams of vitamin C upon first infection would shorten duration and severity of symptoms.

Meanwhile in China vitamin C is part of standard protocol for the treatment of COVID, “Many hospitals in China are using vitamin C in their treatment protocols.’ Says Peng. “It is both an antioxidant, antiviral and anti-inflammatory and we have encountered no safety issues. It is also rapidly depleted in severe COVID-19. We would welcome collaboration with other hospitals and Intensive Care Units currently seeing covid-19 patients.”

VitaminC4Covid.com is an international campaign backed by over 500 doctors and other healthcare practitioners, from over 50 countries. The campaign is calling for the government and its public health and nutrition agencies to thoroughly assess the evidence and fund studies of vitamin C in relation to COVID-19, and for ‘vitamin C for COVID-19 or corona’ no longer being classified as false information in both digital, broadcast and print media. The full scientific review paper, published in the journal Nutrients, is viewable in the ‘science’ section of www.vitaminC4covid.com.