Unlocking the Secrets of the Mediterranean 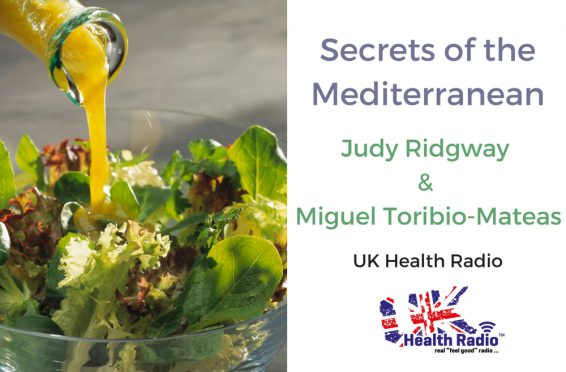 Unlocking the Secrets of the Mediterranean

In our quest for the ‘ideal’ diet and optimal health the Mediterranean diet has long been recognised as an influential model for a number of reasons but one key component that appears across the Mediterranean and has been widely researched is Olive Oil. Two leading experts in this field, Judy Ridgway and Miguel Toribio-Mateas are great advocates of olive oil and the Mediterranean diet and their knowledge and expertise is hugely insightful. 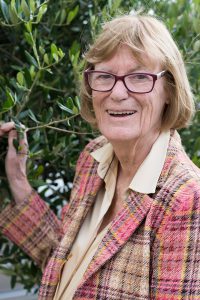 Judy Ridgway is an acclaimed food writer and international expert on olive oil. She started her career as a wine writer and tasting olive oil became an area of natural progression. As the first non-Italian judge for the prestigious Leone d’Oro Awards Judy clearly is an expert and has recently published ‘The Olive Oil Diet’ book with Dr. Simon Poole, which takes an authoritative look at the science behind the headlines.

In 2012 The European Union attributed a health claim to extra virgin olive oil suggesting 2-3 tablespoons a day can be beneficial for cardiovascular health. Other olive oil research has centred on diabetes, Alzheimer’s and dementia. It is thought to be beneficial for diabetes as olive oil helps to reduce the glycaemic index (release of sugar) of food, therefore reducing spikes in blood sugar levels. The synergy between olive oil and different foods is also interesting as it can serve to protect foods, such as meat/fish when heating and when cooked with certain foods like peppers it is thought to increase the health benefits of both the oil and vegetables.

Judy explains that the benefits of the oil are not altered if served hot or cold unless the oil is heated to smoke point. The temperature of smoke point alters from oil to oil but generally in a domestic kitchen it’s unlikely cooking will reach that point. Its worth noting that if you cook with polyunsaturated oils such as corn, sunflower, safflower oils they do have high smoke points but cannot be used as many times as olive oil so they don’t last as long and they do not have the health benefits of olive oil. Other polyunsaturated nut oils like walnut and hemp have low smoke points.

As you can imagine just like wine not all olive oils are equal and the different types alongside their health benefits can be hugely variable. The key difference is between ordinary olive oil and extra virgin olive oil. Ordinary olive oil has been refined and flavoured and therefore undergone a level of processing which affects it’s range of nutrients and also taste. Olive oil is still beneficial as it does contains fats but research is highlighting the natural completeness of extra virgin olive oil and it’s range of nutrients, which has been associated with its increased health benefits. With this in mind Judy Ridgway suggests consumers should pay a little more for their extra virgin olive oil, which will generally last 18 months before opened, should be kept at room temperature and used up within a couple of months.

Miguel is a health professional specialising in nutrition for healthy ageing and cognitive enhancement whose research interest lies in neuroscience, the gut-brain communication, and psychoneuroimmunology. He is Chairman of the British Association of Nutrition Therapy and is a guest nutrition lecturer at top British Nutrition Training Providers as well as a regular contributor to professional publications. He is fluent in 4 languages and loves food and being born and raised in Spain, Miguel has a real affinity with the Mediterranean way of life. He moved to the UK over 20 years ago and when he returns home his parents still eat the diet he was raised on. Being in there 80’s they are fantastic role models for both the Mediterranean diet and way of life. Miguel himself has noticed the changes in eating habits in his home country as lives have got busier and fast and convenience food has become widely accessible. He notes that the Mediterranean diet can be hugely variable depending on the country but the key components that are common to all include olive oil, high vegetable consumption (including raw vegetables), legumes and fish.

He explains that olive oil is a main component of the diet and a powerful antioxidant that specifically acts as an antidote to cholesterol. When individuals have high LDL (often expressed as ‘bad’) cholesterol and possibly low HDL (often expressed as ‘healthy’) cholesterol LDL can oxidise in the body. Olive oil has been shown to be one of those foods that specifically reduces oxidation. By protecting our cardiovascular systems the benefits are far reaching including supporting brain oxygen levels and therefore cognition. 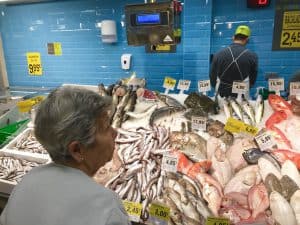 Miguel also points out that advice about low fat diets hasn’t had the effect that was intended since that advice was given. The Mediterranean diet is typically not a low fat diet but it also isn’t necessarily high in fat. Research around the Mediterranean diet started in the 1960’s through the Seven Countries Study investigating diet and lifestyle along with other risk factors for cardiovascular disease, across contrasting countries and cultures and over an extended period of time. This has been followed by the PREDIMED  study, which has been used as a basis for a great deal of research and is an area, which attracts on-going interest.

Though the benefits are widely proven with a recent study highlighting the benefits of a Mediterranean diet for those living in the UK as a factor for reducing cardiovascular risk and prevention, aside the diet the whole lifestyle should not be forgotten as all these factors have an impact. For Miguel the Mediterranean lifestyle includes movement, family support, family mealtimes, the climate and weather, importance of socialising and the different way emotions are expressed.

To hear to this interview in full click here and to enter a competition to win ‘the Olive Oil Diet’ Book visit The Food Teacher on Facebook and add a comment to the competition post. Closing date is Wednesday 12th October.

If you have an interest in a particular topic or comments about the show please email: info@thefoodteacher.co.uk

To contact Judy Ridgway or find out more about The Olive Oil Diet Book visit:

To contact Miguel Toribio Mateas and find out more about his work visit: