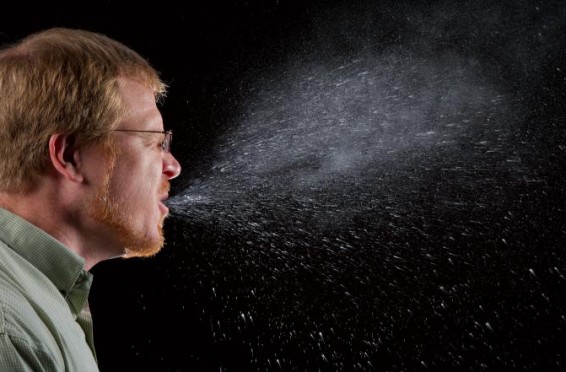 It’s that time of year when everyone you speak to seems to have a cold or infection, has had one or is still struggling to shift it alongside that horrid excess mucus build up. It may be beneficial to avoid certain foods during this time and increase foods, which may help to reduce mucus and get you back into optimum health.

Mucus in the throat is also known as phlegm. The mouth, nose, sinuses, throat, lungs and digestive tract are all lined with mucus producing tissue, which serves as a protective mechanism for our bodies trapping unwanted invaders like bacteria. When you’re feeling healthy this mucus doesn’t bother you at all but at times such as during a cold or infection the mucus production increases leading to congestion and that general ‘bunged up’ feeling.

Excess mucus is much more common in children who can suffer for several weeks after an infection, which can sometimes develop into a cough. Research suggests children can have between 6-12 infections a year, which may lead to excessive mucus.

Some foods are thought to increase mucus production in the body and can therefore intensify irritation and discomfort. Avoiding these foods may also support the body’s immune system to deal with the infection quicker. Avoiding sugar, caffeine, alcohol and reducing meat may be generally beneficial to give the immune system an opportunity to deal with any underlying infections.

Milk/Dairy: The research is pretty mixed regarding milk and dairy increasing mucus production, though it is a common allergen. Some studies suggest there is no link and that it can even be beneficial whilst others suggest the protein molecules in milk and dairy increase mucus production. I know for myself and some of my clients that reducing/eliminating dairy can be helpful so it might be worth taking it out and noting the effect.

Soya: Like milk, soy is also a highly allergenic food and there is evidence to suggest this can increase mucus production.

Certain Fruits and Vegetables: Fruits and vegetables tend to be high in antioxidants, which provide a boost to our immune systems when fighting an infection. However, certain foods like cabbage, potatoes and bananas are thought to increase mucus so may be better avoided during this time.

Focus on: Fruit and vegetables to reduce mucus (see below).

Foods to focus on:

Some foods are thought to support the body to reduce inflammation, support detoxification and boost the immune system helping to reduce the build up and congestion of mucus.

Certain Fruits and Vegetables: Fruit and vegetables high in beneficial nutrients include pumpkin, onion, grapefruit, pineapple, celery and watercress. Grapefuit is high in salicylic acid, which is know to have antiseptic properties. Pineapple is a rich source of vitamins A and C and contains bromelain, which helps to regulate the digestive system, reduce inflammation and support the break down of mucus. Celery is packed full of anti-inflammatory plant chemicals and eating a few stalks before bed is thought to be beneficial at clearing mucus to support sleep. 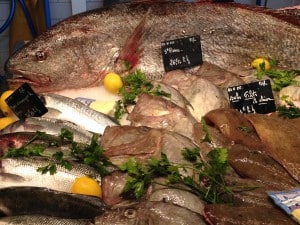 Fish: Oily fish such as salmon, trout, sardines and mackerel are rich in omega-3 fatty acids, which are anti-inflammatory and may help to reduce excess mucus.

Chicken Soup: Made from chicken stock this can be a real powerhouse of nutrients for the immune and digestive system. Nutrients include calcium, magnesium, gelatin and collagen and as they are combined with the fat from the chicken they are easily digested and utilized by the body.

Focus on: Making a chicken stock based soup and including beneficial vegetables such as pumpkin, onion and watercress. 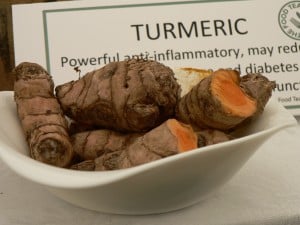 Turmeric: The carminative effect alongside the anti-viral and anti-bacterial properties of curcumin, the plant chemical in turmeric, supports evidence that alongside its anti-inflammatory nature it can help to reduce mucus.

Ginger: This is a natural decongestant and is thought to stimulate the circulation helping to promote the reduction of mucus.

Focus on: Juice an apple and an inch of ginger and drink first thing in the morning. Drink grated ginger with lemon (anti-viral and anti-bacterial), honey (antibacterial, anti-inflammatory, and antifungal) and hot water.

Spicy Foods: The plant chemicals in foods such as cayenne pepper, chili and horseradish are thought to boost the metabolism, support detox and provide anti-inflammatory and antibacterial properties.

Focus on: including these ingredients in cooking such as guacamole, vegetable chilis and try horseradish with tuna in a dip.

For further support to boost the immune system and support optimum health consider a telephone, Skype or face-to-face appointment at The Food Teacher Clinic where a registered nutritional therapist can talk about your individual needs and support you through the development of a bespoke programme.